Thanks for the writeup by Drew Mitchell from North Sails racing on the winning Team Swift: 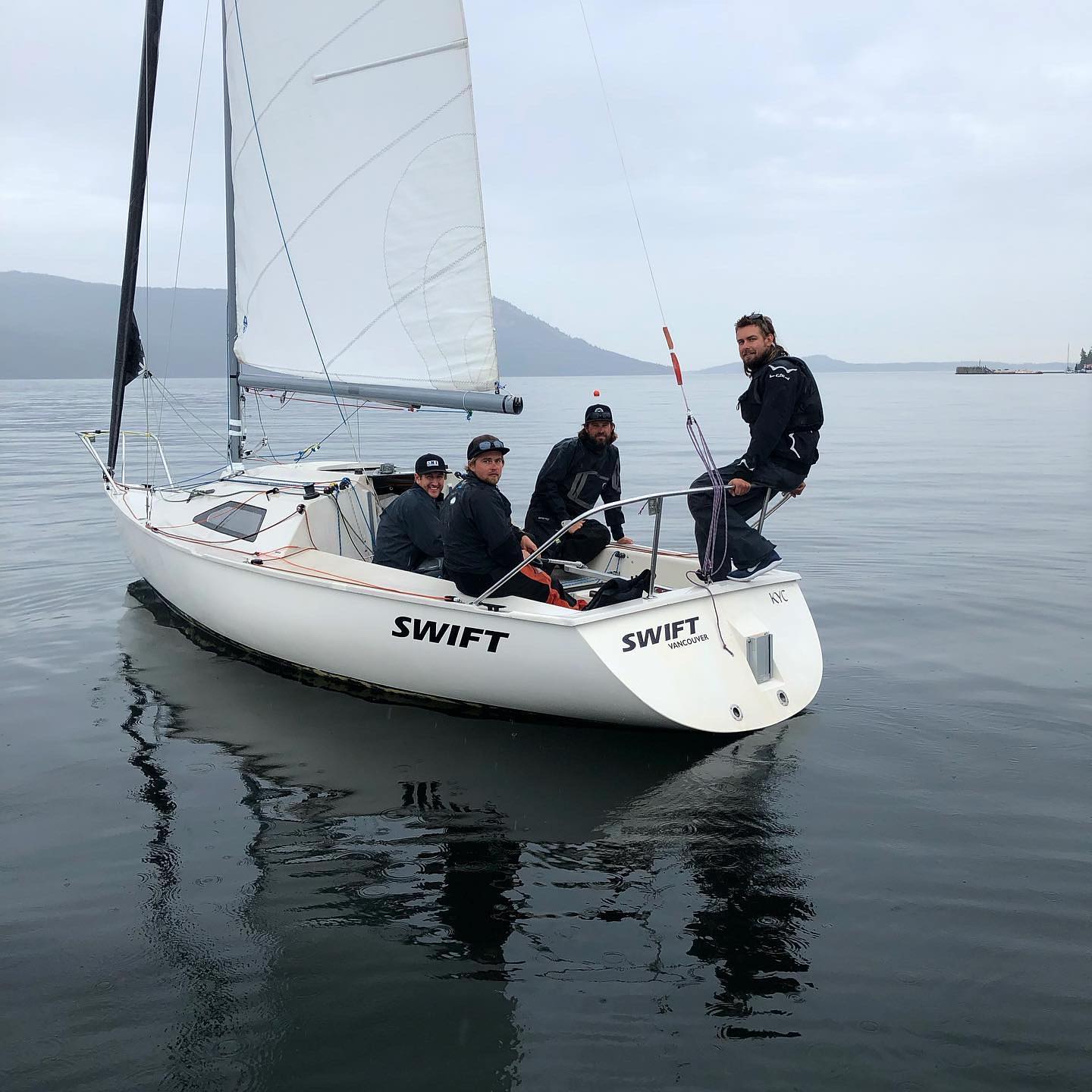 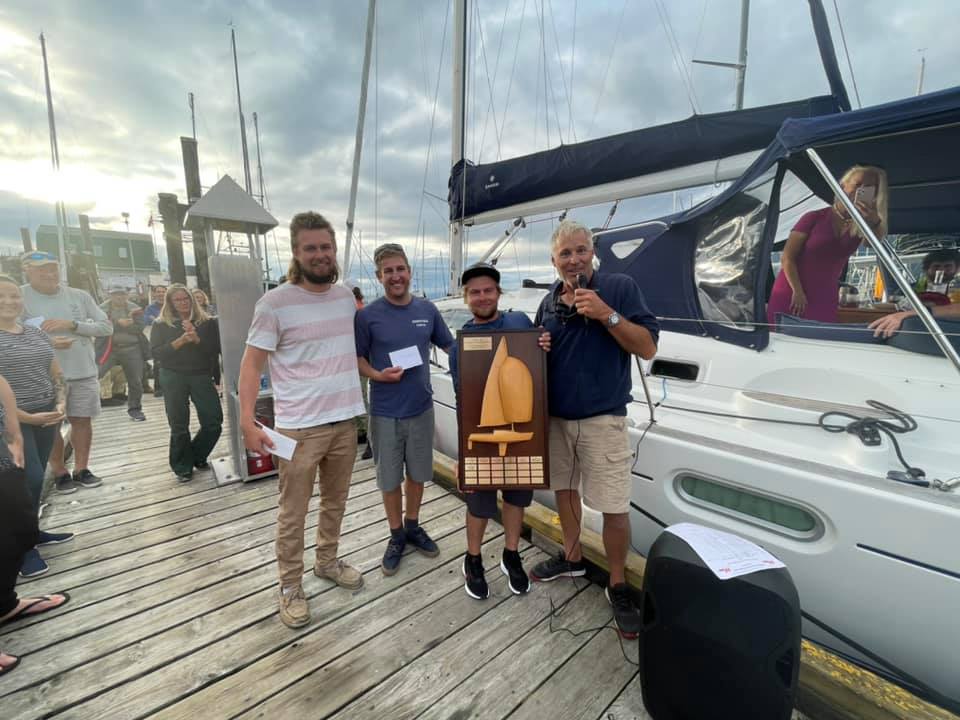 The Canadians had a good fleet with 16 boats ready to sail at the 2021 Canadians in Cowichan Bay, BC.

Team Swift sailed/towed our 242 over with a Boston Whaler on Thursday. We brought the Whaler over to have a support/coach boat on the water during the event, this enabled us to keep the boat as light as possible as the wind conditions were not favourable, as well as get video to help us improve. Coming over on Thursday gave us the opportunity to be able to spend the entire Friday prepping the boat and getting the new sails tested out. Alex and Yury, the owners of team Swift, leave no stone unturned when preparing a boat (Alex even wiped down the entire mast and dove the boat everyday). Alex, Yury and I spent Friday morning getting the boat and sails ready to go for a test sail. Alex had a laundry list of items we needed to check off before the rest of the team got down to cow bay (Fraser and Aidan had to work). We went for a quick late evening sail as we have all sailed together but never on the 242 and we also had two new sails on board. The wind was dying but it was good for some teamwork especially working on maneuvers.

Saturday morning was very light and the racing started up slightly after it was scheduled. If you do not know the Cow Bay race course, it is a giant single windward leeward with the start/finishing line in the middle of the course. As per norm the beach usually pays but with the light airs pressure was definitely something that over weighed the current in certain situations. We had two races on Saturday in light air with the 2nd one finishing at the leeward mark. The 2nd race the wind completely died and then filled in which caused some controversy, then the rain came.

Day two had the same sort of forecast with overcast and everyone was questioning if a race would happen. After a long postponement, races fired up and we had a 4-8 knots breeze. On Sunday we banged off 3 races and Team Swift was lucky enough to win all three to secure the event. We were similar speed to other boats upwind but once we rounded the windward mark we had real jets. Great tactics, team work and newly designed kite (editor's note: the secret is out!) had us round the leeward first in every race other than the one that we finished at the leeward mark. Two fun days of sailing in a very competitive 242 fleet is always fun. It seemed like a few boats had support boats and had some fun social gatherings after racing. I would like to thank Yury and Alex for preparing the boat to give us a chance to win, also would like to thank Fraser, Dale and Rowan for allowing us to stay at their beautiful home.

Please reach out if you have any further questions about set up, sails or any questions that I may have not answered in this write up. Really fun weekend and hopefully see you at the next big event!

Also check out the write up in Canadian Yachting

sailingimaging.com was on the water and got some shots of the action, available for purchase here:
photo-graphics100.pixieset.com/martin242canadians/