Congratulations to all those recognized at the Fleet Captain’s dinner on Oct 19.  We had about 53 for dinner, with more arriving for the presentations after dinner.  Special thanks to Adrienne Mennell who organized the pirate-themed event.  Prizes were donated by Adrienne Mennell, Clare Strain, Martin Marine, and Paul Martin.  Emcee, Fabian Hope maximized the comical chaos by having the 2nd and 3rd place skippers present the trophies to the true winner in most but not all cases.

For the racing side, Michael Clements had a clean sweep, placing first in all four of the Fleet One Championship series: Fleet One’s Wednesday Evening Series, the In Bay Series, Out of Bay Series and the Fleet Champion series. Perhaps most notable in all his winnings were the first-place finishes in BIYC’s Martin Marine Round Bowen Race and the M242 North Americans at Cowichan Bay.  As a keeper, he received a framed First Nations print with a plaque listing his accomplishments.  He was also presented with a new perpetual trophy built by Ray Parsons for the Bloody Brilliant Action of the Season for his winning start of the Round Bowen race.  His name will also appear on the Biggest Bloody Blunder award.

Matt Collingwood received the Regis Challenge Compass Trophy for Most Improved sailor over the past season. Matt’s Dirty Dog was a consistent challenger this season and had 2nd place finishes in the Round Bowen and North American Regattas. In Fleet One’s Championship series, Matt was 2nd in the Out of the Bay and Fleet Champion series, and 3rd in the In the Bay series.  He also won the Martin Bell Trophy as the best KYC boat of the season which was initially presented to Tim Murphy per the aforementioned comical chaos.  As a keeper, he received a large stylized framed image of M242s racing (donated by Clare Strain).

On the social side, Clare Strain was recognized as the Fleet Volunteer for services over the past years and her work on the North Americans at Cow Bay in 2018.  She will be noted on the Mark Isaak Fleet Volunteer Award. As a keeper, she received a necklace made by Adrienne Mennell (the Fleet bought the raw pearls).

Ian Dube from #27 Blow Out is moving to Toronto, so a framed set of photos showing his boat in action was presented before the dancing started. 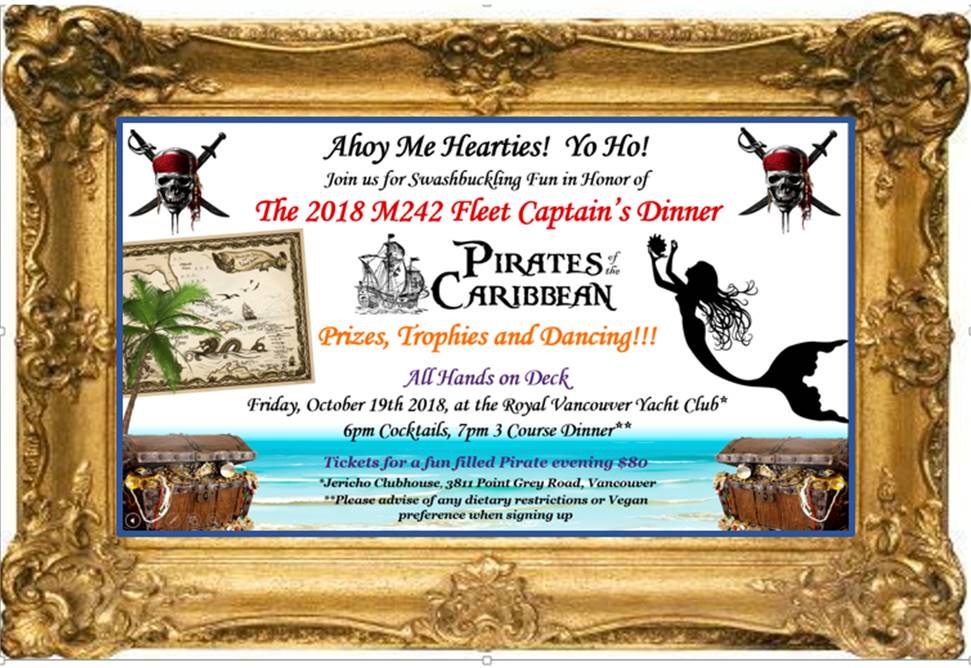